Otago Brew School beer is available onsite from our reception and is also available from several bars and restaurants around Otago. 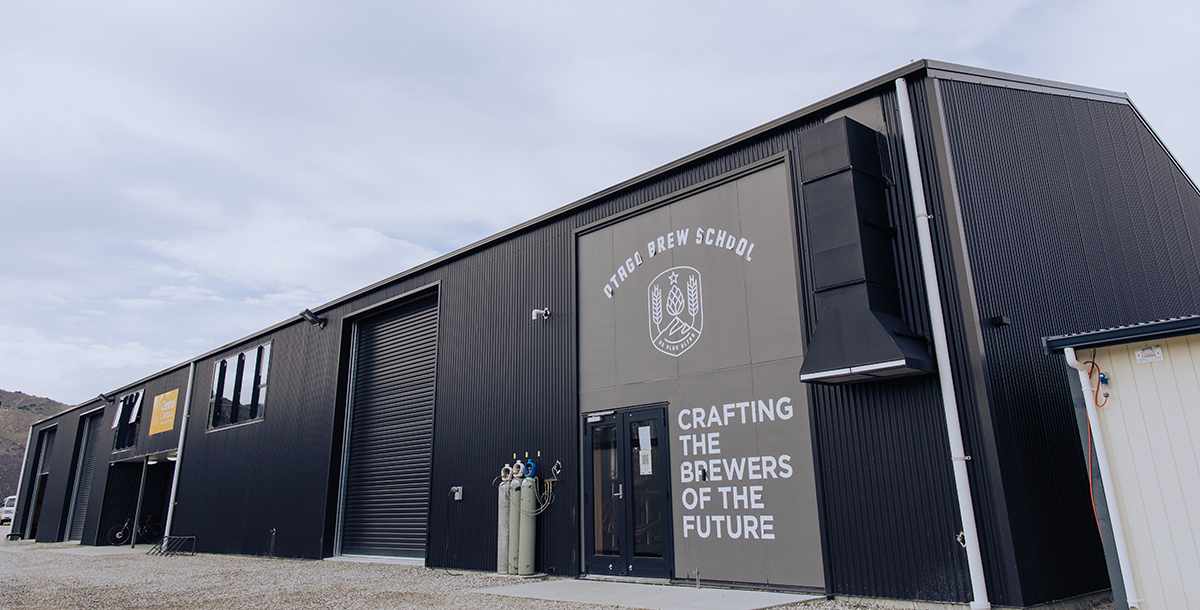 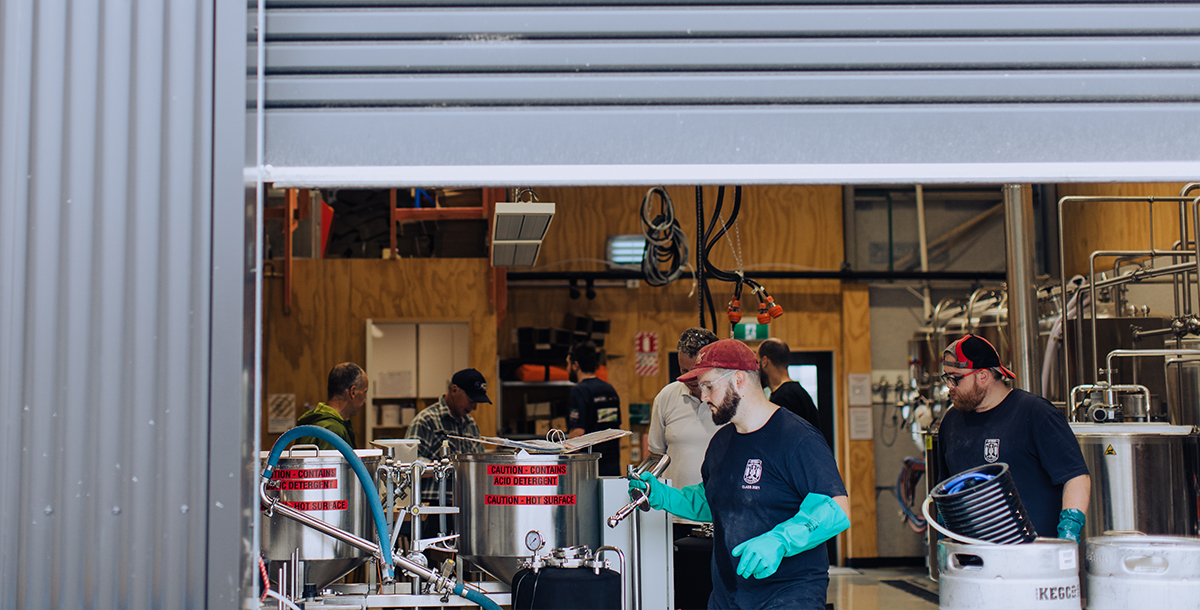 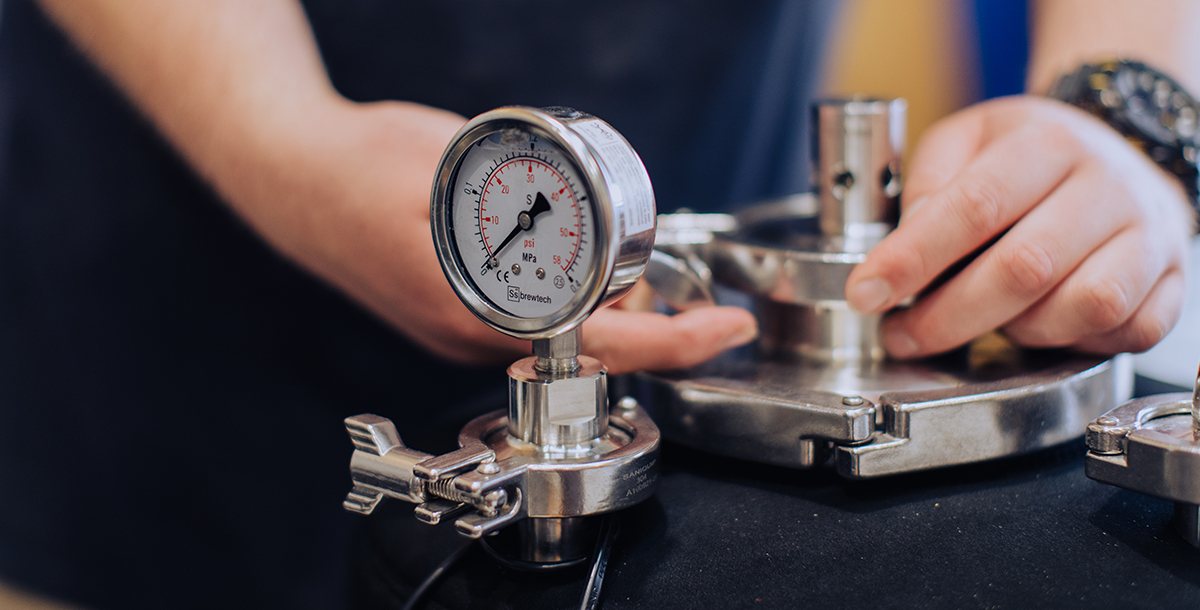 The Otago Brew School brewery is located right in the heart of our campus on Bannockburn Road, and is not only a brewery it is the future of brewing, by offering hands-on learning to help craft the brewers of the future!

We have 20L kegs available for commercial premises.

Check the list below to see which bars and restaurant sell Otago brew School beer:

Our range of beers

In Latin ne plus ultra literally means ‘no more beyond’. Today it’s used to mean ‘perfect’ or a flawless example of something. A little known fact is it is also a street name in Cromwell, NZ where our Otago Brew School is located. From these distinctions we feel it is the perfect name of our Pilsner, which is

a good example of the emerging style of New Zealand Pilsner. It is pale and Hidden Number English Pale Ale: A New World rendition of an English Pale Ale. 4.7%abv. Pale gold ale with English roots. Brewed along traditional English styling but with New Zealand hops and malts and with an English yeast. It has a piney/citrus aroma from the special dry hop and some citrus notes on the tongue. It has a good bitterness with a backbone of New Zealand ale malt. This beer is very sessionable.

In Latin ultra vox means ‘beyond voice’. It is also the name of the celebrated British New Wave band who between 1980-86 had seven Top Ten albums and 17 Top 40 singles in the UK. Vienna was their most successful hit. For us it is the perfect description of our Vienna Lager. It’s a style which originated in Vienna in the 1830’s. Developed using the then, new process of hot air drying of malt to give a deep hue and flavour/aromatic profile. The resulting beer is a reddish brown appearance with slightly creamy mouthfeel. It is malt forward, allowing the drinker to savour the bready/malt/ light toffee notes. This is tempered with Southern Cross hops and Green Bullet hop flowers to allow bitterness, aroma, and complexity to result in a lovely drinkable beer (5.2%abv) for the cooler months. (sing along).... 'Oh, Vienna!

Hidden Number English Pale Ale: A New World rendition of an English Pale Ale. 4.7%abv. Pale gold ale with English roots. Brewed along traditional English styling but with New Zealand hops and malts and with an English yeast. It has a piney/citrus aroma from the special dry hop and some citrus notes on the tongue. It has a good bitterness with a backbone of New Zealand ale malt. This beer is very sessionable.

A deep black, rich and creamy, 4.7%abv Oatmeal Stout with coffee and chocolate aromas. A hint of vanilla. Medium bodied with a soft oiliness from the oats used. There is a roasty dryness with a touch of malt sweetness. The oats were traditionally added in the past for a “tonic” effect to promote a vital body as was widely believed.

Originating in Edinburgh in the 1800s, Scotch Ales, sometimes referred to as “Wee Heavy” are super malty, rich ales, full of caramel flavours and aromas. The reason is that they go through a longer boil in the kettle, allowing the wort to caramelise. The result of this process is a dark brown, fullbodied ale, bursting with flavour and sometimes higher in alcohol. Roasted malty caramel flavours dominate in these boisterous brews. A slight bitterness may be present, though the strong caramel flavours from the long boil tend to dominate over noticeable bitterness. Unsurprisingly, some Scotch Ales may have a slightly peaty flavour to them. If you’re going to have more than one (which, trust us, you will), we recommend pairing with a nice plate of charcuterie and hard cheese.

In Germany, Hefeweizen is a very popular beer, particularly in the summer months. Hefeweizen means yeasty wheat beer. Hefe is German for yeast and weizen means wheat beer. The yeast used in Hefeweizen is a curious one. It plays a major part in the flavour profile of the beer, giving banana-clove like flavours and slight bubble-gum like characters. The rich Vienna style malts shine through and give a slight bready flavour as well as adding a depth of colour. Low in bitterness or “malt forward” as we say in the industry. Medium bodied with a dense rich head and quite effervescent. An almost fluffy mouthfeel. Dunkel means dark and Dunkelweizen is a dark version of Hefeweizen and a totally drinkable winter or cool weather beer.

Kolsch is a style originally from Cologne (or Koln), and is fermented with ale yeast, then finished in cold temperatures like a lager. Resulting in a style that exhibits the best of both worlds. Kolsches are light and drinkable, often with a touch of muted fruitiness, but exhibit the crisper, cleaner finish you would expect from a pale lager. These attributes make Kolsch an extremely quaffable beer that goes down easy and yet still begs for another sip, perfect for warm weather or any time you want something simple that still has a bit of integrity.

Our Hefeweizen is a fluffy, light and fruity warmer weather beer and a direct relative of it's darker and cooler weather version, Dunkelweizen. The yeast used in Hefeweizen is a curious one. It plays a major part in the flavour profile of the beer, giving banana-clove like flavours and slight bubble-gum like characters. Hopping is low and the wheat and yeast do the talking. It is unflitered and naturally cloudy as the yeast is slightly in suspension and contributes to the character. A thick white head predominantly abounds which is partly brought about by the larger proportions of wheat used. This is an easy beer to enjoy with its satiating qualities, especially on long summery days. 4.7% abv.

If you’re not sure what to study and would like some guidance, we’re here to help. Feel free to chat to us directly about any questions you may have.